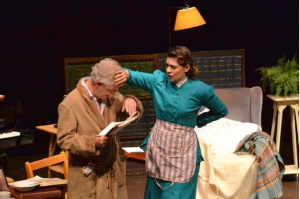 Regulation 18B:No Free Man by Scott Wright had it’s premier at Cookham Festival, this was followed by a short tour. The play is as relevant to the issues facing the current Home Secretary as it was in 1940, it has been reviewed in the National Press, you can read the article from The Times here.

“[Wright], the Anglophile lawyer has written an insightful and moving drama. The final performance of the production came last week at Gray’s Inn, with Atkin’s grandchildren in the audience and under the gaze of his own portrait.”

If you don’t have a subscription to The Times why not try the Law Society Gazette review.