Peter Wilson, a regular favourite on the Windsor stand-up comedy circuit, comperes tonight’s programme, which he says has something for everyone – whatever that means! The Comedy Club returns to Pinder Hall, for an evening of adult humour, audience participation and laughter. 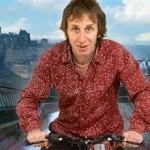 The headliner will be Ian Stone, ranked by The Independent as “one of the top ten stand-ups in Britain”.  Described as being “like a cross between Tony Hancock and Frankie Howerd”, Ian has performed all over the world, including at comedy festivals in Australia, New Zealand, Hong Kong, South Africa, Holland, France, Ireland and Germany. His many national TV appearances include Mock the Week (BBC2), Never Mind the Buzzcocks (BBC2), The Comedy Store (Ch 5), The World Stands Up (Paramount Comedy), The Stand-Up Show (BBC1), Saturday Live (ITV), Live at Jongleurs (ITV), The Katy Brand Show (ITV2) and The 11 O’clock Show (Ch 4).

Ian is also a regular on the Radio 5 Live Saturday morning flagship sports panel show Fighting Talk and regularly presents Rock ‘N’ Roll Football on Absolute Radio. As a great Arsenal and soccer fan, Ian has also appeared on a number of sports focussed programmes on both TV and radio. 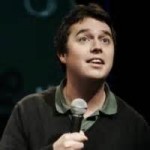 Bruce Dessau in the Evening Standard says of Paul  “He has charm, charisma and success written all over him”  and Steve Bennett of Chortle describes Paul as “Likeable, animated and fluid with a first rate sense of timing” .

Paul McCaffrey has quickly established himself as one of the most exciting new acts around, winning both The London Paper and the Latitude Festival new act competitions in 2009. In 2011 Paul took his debut solo stand-up show, Saying Something Stupid to the Underbelly, to great critical acclaim, having previously appeared as part of the Big Value Comedy Show and the AAA Stand-Up Show at The Pleasance.

Paul has been heard on Russell Kane’s Whistle-Stop Tour (BBC Radio 2) and is a regular guest onThe Matt Forde Show (talkSPORT). He has also done studio warm-up for The Morgana Show (Channel 4) and That Sunday Night Show (ITV 1) and can currently be seen at some of the best comedy clubs in the country.

Paul recently filmed the stand-up spot on Russell Howard’s Good News (BBC3) and is currently involved in a new entertainment show being developed by Yalli Productions for BBC3. 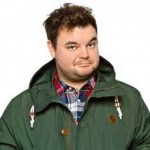 Lloyd is a comedian, a professional choirboy and a good looking guy. He took his debut solo show to Edinburgh fringe festival in 2014 to rave reviews. In 2014 he appeared on BBC3’s Sweat The Small Stuff, BBC Radio 1s Live Lounge Comedy Club as well as supporting Rob Beckett on his 2013-2014 sold out UK tour.

‘expect to hear more of Griffith’ – The Evening Standard 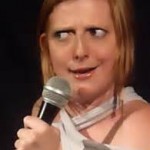 Robyn draws on her life as an American in the UK to compare cultural differences and to share stories of debauchery. She works with the audiences in a friendly, chatty style and creates an honest, crude, and entertaining depiction of her life. Her charm and innocence juxtapose the subject matter at hand, resulting in a truly unique performance.

Robyn started stand-up towards the end of 2011 and is now performing in clubs in London and across the UK. Her confidence on stage and the complexity in her routine yield a performance beyond her experience.

As seen on BBC, ITV and Channel 4