This one-act play, written by Scott W. Wright and directed by Sylvia Wimpenny, has its world premiere at Cookham Festival. Based on an actual case from the early 1940s, this gripping story, with themes that resonate from the time of Magna Carta to today, explores the issue of liberty in a time of war. The panel discussion that follows is chaired by retired circuit judge and former president of the Law Society Charles Elly.
Two old friends, now esteemed Law Lords serving on Britain’s highest court, find themselves at bitter odds. One, influenced by the urgencies of war, sides with the Government, asserting the strongest of state authority to arrest
and detain citizens. The other, putting his reputation on the line, plans to issue a blistering dissent, determined to defend long-held British legal traditions. 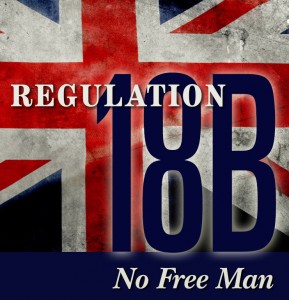