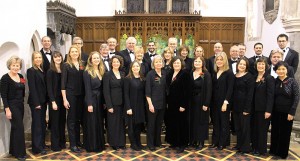 A foot-tapping climax to the 2015 Cookham Festival.

The Cantorum Choir has delighted Festival audiences on many occasions in the past and they did not disappoint at the closing concert for the 2015 Festival.

But there was a difference.  No Passions, no Oratorios (or is that oratori?).  This time we were treated to a wide miscellany of great songs from the world of Opera.  Heads nodded in time and feet tapped as the choir struck up familiar songs from Verdi, Guonod, Rossini and Puccini.  And we were privileged to be joined by two professional soloists from the valleys – tenor Robyn Lyn Evans and soprano Laura Parfitt, who was standing in at 12 hours’ notice for Rhian Lois.

Moving faultlessly between Italian, French, Russian and English, the first half gave us pieces from Verdi’s Aida and Macbeth, the Easter Hymn from Mascagni’s Cavalleria Rusticana, Guonod’s Faust and Tchaikovsky’s Eugene Onegin.  The choir retreated to the side Lady Chapel to give us a ghostly rendering of the Humming Chorus from Puccini’s Madame Butterfly before the two soloists let rip with two Puccini’s arias, joining up for the famous drinking song Brindisi from Verdi’s Traviata.

After the interval the packed house took their seats again, first for two treats from Bizet’s Carmen and then from Strauss’s delightful light opera Die Fledermaus before bringing us firmly back to English shores for an abbreviated version of Gilbert & Sullivan’s HMS Pinafore.  Choir members took the solo parts, including an energetic performance of Sir Joseph’s patter song When I was a Lad by Paul Seddon, adorned with the appropriate admiral’s bicorne hat.

Jozef Janik gave an energetic accompaniment throughout on the piano and Elisabeth Croft kept matters flowing through the evening from the conductor’s rostrum.  Responding to the energetic applause at the end, she led a further rendering of Verdi’s drinking song, sending a very appreciative end of festival audience merrily on its way. 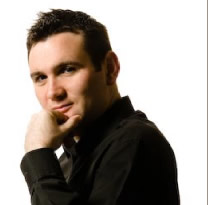